Lynne Shelby – Books that Made Me 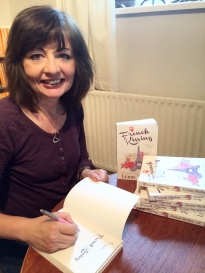 I would like to welcome to my blog Lynne Shelby, an award-winning romantic novelist and fellow book lover talking about writers who inspired her and taught her a thing or two about the very noble art of writing.

I enjoy reading novels of every sort, from romantic fiction to mainstream to science fiction to literary classics, but looking back over the numerous books I’ve read over the years, I can see that there are certain authors that have had a huge influence on me – not just as a writer but in other ways as well.

I was about twelve when I found a book called ‘The Eagle of the Ninth’ in my school library, and discovered the wonderful historical novels of Rosemary Sutcliffe. I read her stories throughout my teens, when her talent for bringing the past to life, and for creating characters who are of their time while remaining vibrant and sympathetic for a modern reader, gave me a love of history that led to my studying it at university. 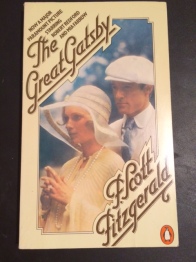 I’d written stories from a very young age, but it was reading the exquisitely plotted ‘The Great Gatsby’ by F Scott Fitzgerald when I was about seventeen that made me understand exactly what people meant when they talked about writers needing to hone their craft. Until then, I’d never thought much about the process of writing and what it is that makes a reader turn the page, but reading ‘The Great Gatsby’ I was in awe of the way every single bit of the plot comes together, and the way the outcome of the story seems so inevitable. This, I decided, was what I needed to learn how to do in order to become a writer. 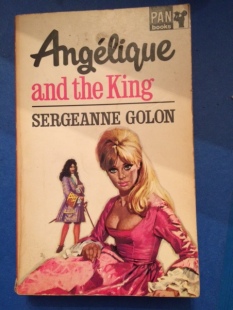 I was a history student when I first started reading the ‘Angelique’ books, by Sergeanne Golon. The romantic adventures of this lively heroine in a vividly evoked 17th Century France not only provided light relief from my studies, but motivated me to read more books in the romance genre, including contemporary romance, which is the genre I write in now. Incidentally, I answered a question in my Finals based on what I’d learnt about Louis XIV from ‘Angelique and the King,’ which I guess is an example of just how important books can be, and how you can learn from fiction without even realising it.

Writing in a genre that is often criticised (mistakenly, in my opinion) for being mainly about spacecraft, robots and other ‘toys for boys,’ science fiction author Ursula Le Guin not only creates her own imagined future, but peoples it with fully three-dimensional characters living in societies that challenge gender stereotypes of our own times. Reading her novel, ‘The Left Hand of Darkness,’ taught me the importance of having well-rounded, unique characters, who may be very different from a reader, but who it is easy for a reader to like.

Of every author I’ve read and re-read, I would have to say that Jane Austen is the one who has had the most influence on me as a writer. Not for one moment would I suggest that my own writing is anywhere near being in the same league as hers, but every time I re-read her novels, I think this is the standard to which, as a romantic novelist, I should aspire. She taught me that while a reader might hope that the hero and heroine of a romantic novel are going to have a happy ending, they should not be sure that they are going to end up together right until the last chapter – and preferably not until the last page. 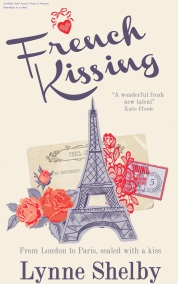 Lynne Shelby can’t remember a time when she wasn’t writing, and her ambition was always to be a published author. In January 2015, she was thrilled to win the Accent Press & Woman Magazine Writing Competition with her debut novel ‘French Kissing.’ She loves travelling and is inspired to write by the many wonderful foreign cities that she has visited and explored, with a camera and writer’s notebook in hand – Rome, Milan, Barcelona, Madrid, Venice, New York, Copenhagen, Berlin and of course Paris, the city which inspired her to write ‘French Kissing,’ which is available from Amazon: