Recipe for a short story in Russian 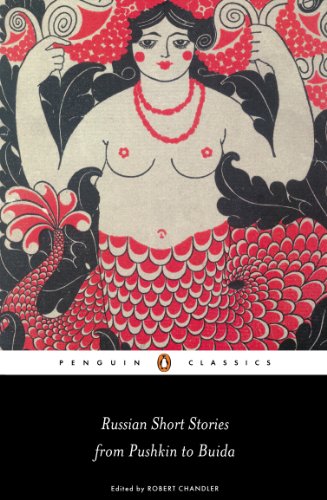 I’ve always felt this natural affinity with Russian culture and literature (not the most popular thing to say in the current climate, I admit, but culture has nothing to do with the present regime in Russia; regimes come and go, culture endures despite their efforts to thwart it). Ever since I discovered that Anna Legat, the greatest prima ballerina of all times, happens to be my namesake, I have been having this irrational fantasy that maybe – just maybe – my dad’s ancestors hadn’t arrived from Germany, but from the glitzy St Petersburg, wearing tutus and humming tunes from Swan Lake. And that may explain why I felt so at home with the characters from Russian Short Stories from Pushkin to Buida.

There is nothing to rival the breadth and the depth of the Russian soul captured by some of the greatest of Russian writers. You feel swept away and carried into the depths of every story, only to come up for air at the end of it and be instantly pulled in again by the next one.

There are several master strokes to each story one can only hope to emulate.

Firstly, each story has something to say, something to contemplate, something to register at the back of the reader’s mind. It is usually a deep philosophical question which is very cleverly reduced to a small, everyday occurrence that somehow manages to burst out of the straight jacket of triviality. It leaves you deep in thought.

Secondly, the plot yields to the character. People come to life in these stories. They are all sorts of them – such richness of personalities and their quirks and secrets; their delusions and their simple-mindedness, their vulnerabilities and their killer-instincts. It’s all there, throbbing and competing for air. The landscape – the famous Russian landscape – isn’t a setting; it is a character too. It plays its part to perfection.

Thirdly, humour. It is only ever so subtle. It lives in the undertones of the language (excellently captured by Chandler), in situational comedy and in the characters’ minds. It also lives in the shadow of the darkness and fear that are never too far, squatting in that bigger, grander house next door.

Fourthly, the silence and the understatement have their role to play too. The stories don’t quite end. It’s up to the reader to conclude them in her mind. The stories rely on an intelligent reader who can take them further.

Bobok is probably my favourite, but then I am biased towards Dostoyevsky as one of my idols (no, not as the flawed, prejudiced human being he was, but as an amazing writer). It is a story of a little man overhearing the dead in a graveyard. The dialogue brings them all to life! This quote makes you think, The wisest person of all (..) is the one who calls himself a fool at least once a month – an unheard of ability in this day and age. In the olden days a fool understood at least once a year that he was a fool, but nowadays – not a hope!

My First Goose by Babel left me covered with goose-bumps! Try it to learn about the survival of the fittest in Bolshevik Russia – read it.

Whilst Chekhov’s The Lady with the Little Dog made me think that life was too short to waste it, Lermontov’s The Fatalist made me reflect on whether any of it really mattered because as he put it, After all, the worst that can happen to you is death – and death is inescapable.

But then again, just contemplate the afterlife for a minute, as in The Greatcoat by Gogol, and that may put even death in its place. Perhaps revenge lives just that little bit longer than death? And if revenge does, then why not everything else?