First, there was the Word – The Handmaid’s Tale 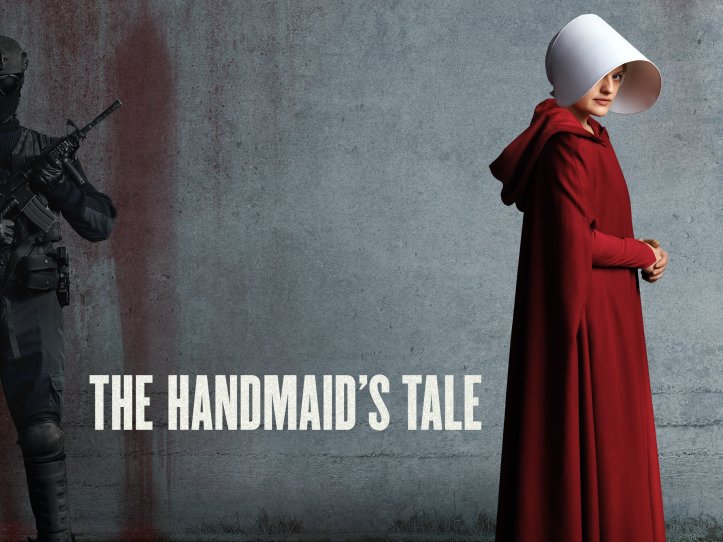 Between watching the last available episode of June’s story and opening –with the utmost care, as the author urges me to do on the cover – The Testaments to read what happens next, I reread The Handmaid’s Tale.

The TV series is based on the book. In its own right the series is powerful, uncompromising, thought-provoking. It is also full of dramatic tension, twists, visual effects that burn into your skull, fast pace between now and then, as well as amazing acting – I mean, a-ma-zing. It is brilliant TV. There are very few writers out there who would refuse having their novels adapted for performance. Whether it is for the stage, the radio, television or cinema we want our stories to stay alive and continue to be re-enacted for our audiences, be it readers, listener or viewers. And looking at it from the other side of the coin, there is no film nor theatre or radio play without it being written first. As the famous first line of the most-read book in the world says, First there was the word.

But that doesn’t mean that novels should be written in scenes or film frames. The Handmaid’s Tale wasn’t. Reading it, you would think that it is too retrospective and too abstract to ever qualify for adaption. But you would be wrong. Novels – great novels – provide inspiration, a theme, a focus, a feel. Adaptations run away with that and develop it into scenes, frames, events and twisty plots. One does not detract from the other. To the contrary, one feeds off the other. I took note of that as writer: it is written in big red letters in my little black book.

I loved both the series and the book though the series took several liberties with the characters and the plot. Despite that, The Handmaid’s Tale remains instantly recognisable.

The genre provides interesting dilemmas too. You may know from my earlier blogs that I am genre averse. At first sight you would be tempted to classify The Handmaid’s Tale as sci-fi – it is about the future. But it isn’t. Atwood refers to it as speculative fiction. This term fits perfectly. It is about our world today as it may or may not evolve. The chances are that it will. If you believe that, the speculation draws you in and it becomes your alternative reality (like it or not). And when the book your read becomes your reality, then you know you’re reading a masterpiece.