The Art of Compromise: Gilli Allan on cover design

I am delighted to welcome Gilli Allan to my blog. Gilli is not only a talented novelist, but also a professional artist and illustrator. What follows is her fascinating account of achieving the beautiful and atmospheric cover design for her contemporary romance, Buried Treasure, I am privileged to feature here. And she has a word of advice for all of the DIY writers out there.

What do I know about cover design? Absolutely nothing.

I am happy now to make this admission, even after a career in the art business, followed by an even longer career as a writer. But I was not always so humble.

I was an illustrator in advertising back in the days when commercial art meant a drawing board, paper, Cow Gum, pencils, Lettraset and Magic Markers! PCs had not been thought of (let alone smart-phones) and computers were purely associated with science and industry. I even had to illustrate a roomful of the vast machines once, operated by a man in white coat!

These days, like everyone else, I use a computer all the time, but by my skills are pretty basic. I won’t go into the reasons I decided to opt for self-publishing BURIED TREASURE but I had done so before my association with Accent Press (now part of the Headline group https://www.headline.co.uk/), and had no qualms about doing so again. And in my mind, it naturally followed that I would design my own cover. I had already proved to my own satisfaction that this was something I was capable of doing – albeit fairly simple, and only after a lengthy period of trial and error with an art programme!

The design I came up with for BURIED TREASURE was a graphic representation of the main theme of – archaeology – but the book is also a love story and is about over-coming past damage. So, in the design, I wanted to convey a sense of emergence from the dark and into the light. I was not convinced I had nailed this brief and, after uploading my new book in digital only format, and clicking publish, I immediately set about redesigning a different cover. I thought it might even be a good marketing ploy, to arrange a second Cover Reveal and a relaunch when the book went into paperback.

It took me several months but eventually I managed to create a cover I loved. But everyone I showed it to, outside of my circle of friends and family, thought it looked less like a book about relationships – even with a hint of darkness and mystery – and more like a thriller!

Back to the drawing pad. Only this time it wasn’t my drawing pad. I decided to accept the advice I was being given and engage a professional, Cathy Helms of Avalon Graphics. http://www.avalongraphics.org/ I wanted a photographic cover and I gave her as much information as I could about the themes of the book and excitedly awaited her first concepts. Unfortunately, my optimism was deflated by the first five images she came up with. Because of my art background and a complacent sense of ‘having good design instincts’ I thought I could help Cathy. I sent a very long and detailed reply about why her designs did not represent what I imagined. I even sent a layout of another possible approach to the problem.

Cathy’s reply was calm and controlled, but began with “Let’s take a deep breath here.”

She went on to reiterate that she was the designer. If I wanted to design my own cover, that was my prerogative, she would clean it up, prepare it for the paperback, but she very much doubted that I had the skills to produce something that would fit my genre, catch the mood of the moment and appeal to the buying public.

But…. If I wanted her to design the book cover, to employ her skill and expertise in the discipline, then I had to give her a free hand. She then copied to me the advice of another designer.

“Think you can design your own cover? Nope. Honest. Not a good idea. Ever.

While it’s easy to point fingers at authors on a budget, or writers who have a little bit of design training, the truth is, we’re all guilty of thinking that we know enough to delve into areas of book publishing where we truly have no business. One of those areas, most often, is cover design.

Take the time to learn to see what people think of the covers that are doing very well and what the common elements are that bind them all into a successful group. While it is always a good idea to hire a professional cover designer, it is also a great idea to educate yourself to know what makes a good cover…..

….Then, let the cover designer do what they do best. Let them design your cover and watch your sales and reviews grow.”

Cathy and I talked again about the designs she had shown me and I picked out the one’s I preferred. She then suggested that I look for the stock pictures that I felt best reflected the images I had in my own mind. This was the crucial breakthrough. Together with the images she now had and a revived sense of my unqualified support, she redid the concepts. And we were able to narrow the design down to the one I am now absolutely delighted with. I cannot praise Cathy Helms more highly, both for her expertise and for her patience in handling my inflated expectations.

From now on my advice to any author who wants to do their own thing, don’t! A good designer will listen to you and try his or her best to incorporate elements in the design that you feel are essential, but please listen and let them do their job.

“I found Buried Treasure a compelling read. It was so many things: a love story, a hunt for clues to lost secrets, and a fascinating look at how our past experiences shape us, and how we can heal even after damage. The characters were wonderfully well drawn. ”

Jane thinks he sees her as shallow and ill-educated. Theo thinks she sees him as a snob, stuffy and out of touch. Within the ancient precincts of the university the first encounter between the conference planner and the academic is accidental and unpromising. Just as well there’s no reason for them ever to meet again. But behind the armour they’ve each constructed from old scars, they’ve more in common than divides them. Both have an archaeological puzzle they are driven to solve. As their stories intertwine, their quest to uncover the past unearths more than expected. 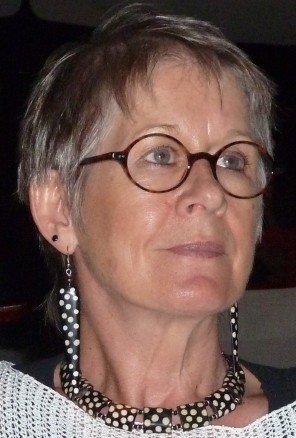 Gilli Allan began to write in childhood – a hobby pursued throughout her teenage. Writing was only abandoned when she left home, and real life supplanted the imaginary kind.

After a few false starts she worked longest and most happily as an illustrator in advertising and only began writing again when she became a mother.

Living in Gloucestershire with her husband Geoff, Gilli is still a keen artist. She draws and paints and has now moved into book illustration.

All of her recent books TORN, LIFE CLASS, FLY or FALL and BURIED TREASURE have gained ‘Chill with a Book’ awards.

Following in the family tradition, her son, historian Thomas Williams, is now also a writer.

To stay in touch with Gilli or buy Buried Treasure / her other books, follow the links below: 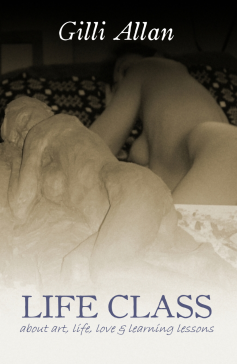