Swimming with Sharks is the scintillating new novel by acclaimed author Anna Legat, and the first in the DI Gillian Marsh series.

When fortysomething Nicola Eagles goes on the holiday of a lifetime to the Maldives, she never dreams she’ll fall in love – she’s too shy, too set in her ways. But then she meets someone who changes her life for ever…

Just when things seem to be going right for Nicola, though, she disappears without a trace. Was it a voluntary disappearance, or was she abducted – or murdered? When her absence is noted back in the UK, DI Gillian Marsh is sent to investigate.

Gillian is a good detective but her life is dysfunctional to say the least – and as she delves deeper into the case, she realises that she may be out of her depth professionally too. For Nicola’s disappearance is just the start… 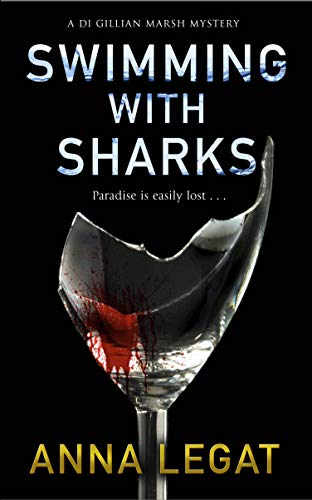 When dreams end and nightmares begin…

After a head-on collision resulting in four deaths and a fifth person fighting for his life, DI Gillian Marsh is sent to investigate.

Nothing seems to add up. How did four capable drivers end up dead on a quiet, peaceful country road?

As Gillian unpicks the victims’ stories, she edges closer to the truth. But will she be able to face her own truth and help her daughter before it’s too late? 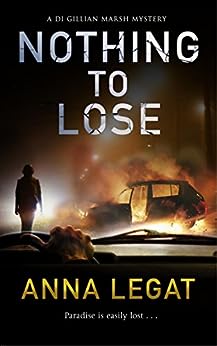 ‘Legat’s authorial voice is barbed, often humorous, and reading it is as much of a pleasure as unravelling the plot. ‘ Tim Stretton, author of The Annals of Mondia

How far would you go when your back is against the wall?

Up to his neck in debt, Liam Cox looks to his elderly mother for a solution. But despite sitting on a goldmine, Mildred refuses to leave her farm behind. Alerted to Liam’s shady dealings, DI Gillian Marsh is sent to investigate.

As Gillian’s case against Liam becomes personal, she does all she can to protect the frightened Mildred. But all is not as it seems. As Liam’s inheritance comes under threat and the pressure rises, how far will he go to repay his debts?

When two bodies are found and family ties are severed, both Gillian and Mildred must be careful who they trust…

‘A murder mystery packed full of character and heart. Engagingly written with a nice line in wry observation and humour’ – Alex Hyland, author of Black Violet 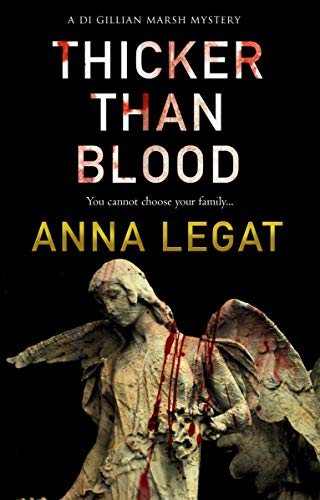 Oscar is taking Tommy fishing – that’s what his grandad would’ve done had he not been killed in the Falklands war. Oscar owes it to Sergeant Butler to take care of his family.
Pippa and Harry are looking forward to being reunited with their son Will. Soon after they were forced out of their farm in Zimbabwe they lost touch with Will. But he’s coming to Bath to see them.
Andrzej is driving the 19:15 train to Bath Spa. It’s his last shift before he returns to his wife and daughter in Poland. He promised them.
Heading to a stag party, DI Marsh’s future son-in-law Charlie and his friends are on that train, as are many other commuters. Amongst them, Haji. Unlike the others, he has lost everybody and everything he ever cared for. He has no plans beyond this train journey.

As the manhunt for the terrorists begins, D I Gillian Marsh must act on her instincts to find the ones responsible for this tragic attack. Will DI Marsh be a match for a seasoned terrorist who has nothing to lose? 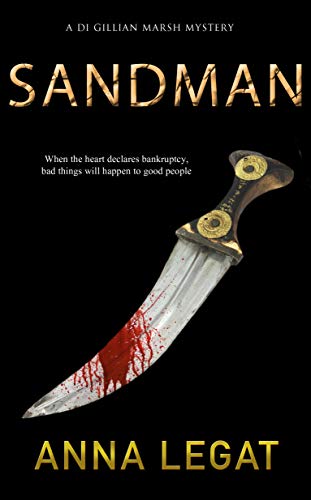 ‘Once started, this is a book impossible not to finish. Exceptionally good’ – Charlie Laidlaw, author of The Things We Learn When We’re Dead

A Conspiracy of Silence

When you’re supposed to trust everybody, but nobody can be trusted

When a body is found in the grounds of a prestigious Wiltshire private school, DI Gillian Marsh takes on the case. The young groundsman, Bradley Watson, has been shot dead, pierced through the heart with an arrow.

As the investigation gathers pace, DI Marsh is frustrated to find the Whalehurst staff and students united in silence. This scandal must not taint their reputation. But when Gillian discovers pictures of missing Whalehurst pupil, fifteen-year-old Rachel Snyder, on Bradley’s dead body – photos taken on the night she disappeared, and he was murdered – the link between the two is undeniable.

But what is Whalehurst refusing to reveal? And does Gillian have what it takes to bring about justice?

What readers are saying about Anna Legat:

‘Brilliant. I didn’t want to put it down!‘

‘Plenty of twists and turns’

‘I thoroughly enjoyed this book, reading it cover to cover in a weekend’

‘I shall look out for more from Ms Legat’

To order ” A Conspiracy of Silence” click on this link